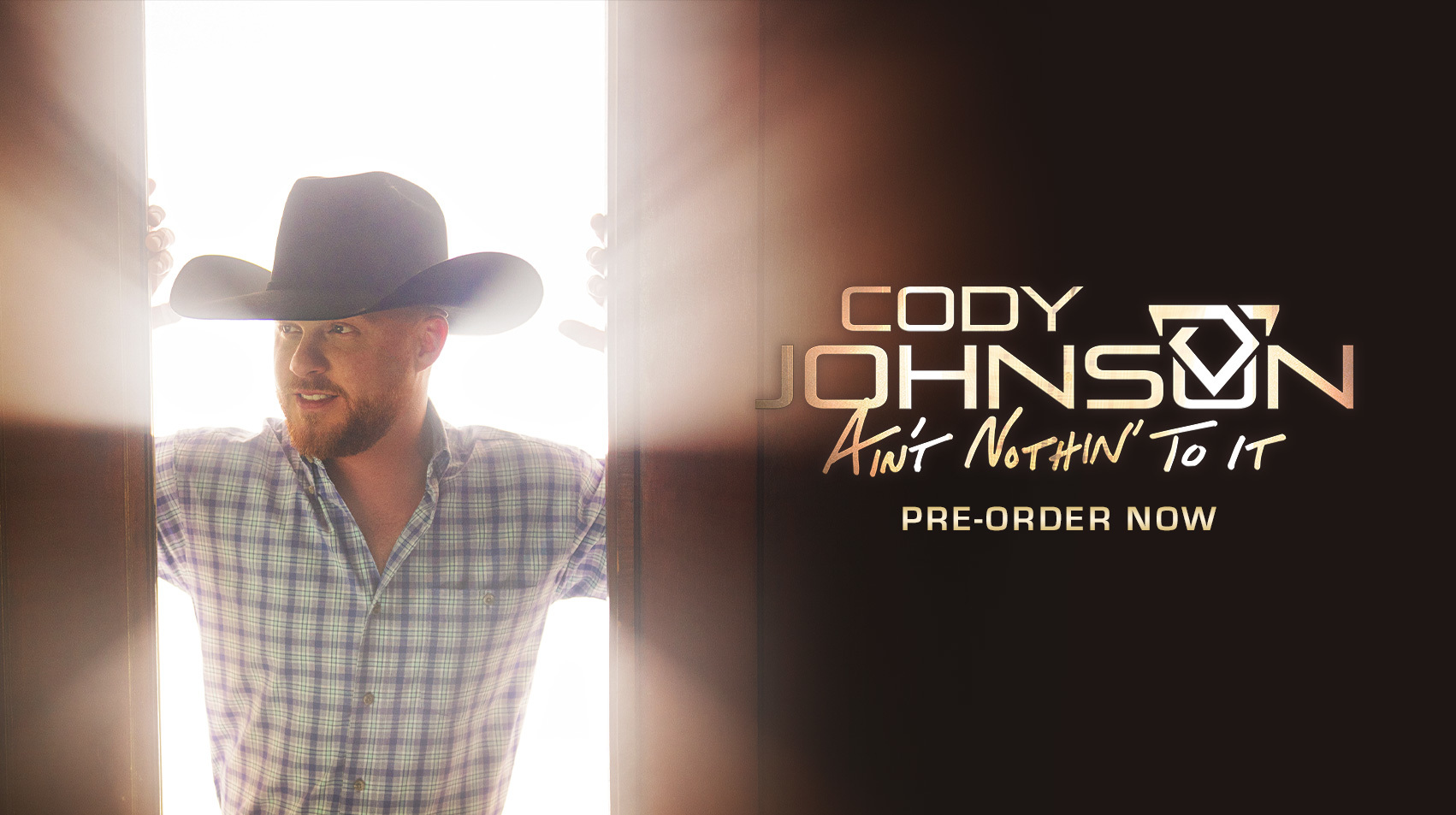 Performing “On My Way To You” as it Nears Top 20 at Country Radio
Just a few short days ahead of the release of his new album Ain’t Nothin’ To It, CoJo Music / Warner Music Nashville recording artist Cody Johnson will make his TODAY debut on Wednesday, January 16. Johnson is set to perform the album’s lead single “On My Way To You,” which has already reached over 25 million streams and has sold almost 240,000 track equivalents.

Described as “sure to swell the ranks of his CoJo Nation fanbase, with plenty of his own material and personality” (Pandora), Ain’t Nothin’ To It is currently available for pre-order (AVAILABLE HERE), which includes five instantly available songs to download for fans to enjoy ahead of the album’s January 18 street date. Alongside “On My Way To You,” those who pre-order also get a chance to hear “Fenceposts,” “Long Haired Country Boy,”“Monday Morning Merle,” and Johnson’s self-penned “Dear Rodeo.”

Leading up to the release, pre-order bundle packages can be purchased on Johnson’s website. Members of “COJONATION,” Johnson’s fan club, will receive a free gift with every pre-order...an exclusive CoJo key chain and stadium cup.

Johnson has entered 2019 with his name on several Artist to Watch lists including The Tennessean’s Nashville’s Next Stars, MusicRow’s 2019 Next Big Thing, iHeartRadio’s Artists to Watch in 2019, and Pandora’s Artist to Watch 2019 playlist. YouTube also selected “On My Way To You” for their Artist on the Rise trending program with the music video quickly approaching 2 million views. He will be headlining RodeoHouston for the third time in his home state on March 15. Fans can also catch him performing at two of Country music’s most popular festivals – Tortuga Music Festival on April 12 and Stagecoach Festival on April 26. See a full list of tour dates below.